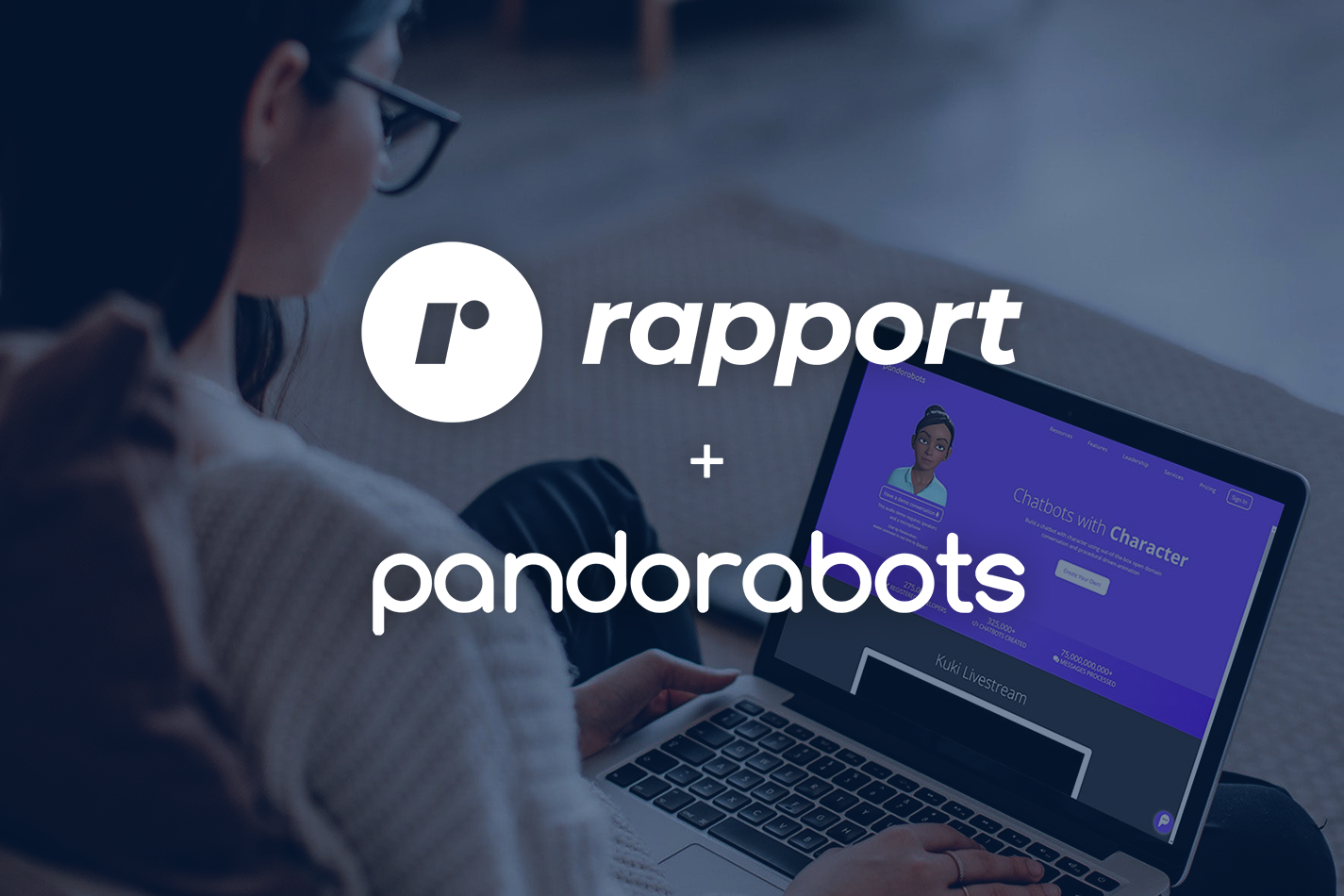 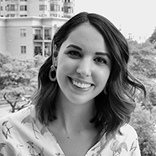 We’ve partnered with Pandorabots as our first business integration to bring you Rapport’s real time avatar animation technology to the Pandorabots chatbot platform. Pandorabots is an online web service where anyone can get started building a chatbot for free. It has over a quarter of a million registered users and hosts over 325,000 bots for a variety of applications, from original nonplayer characters to customer service, and other B2C communication tools. Developers on the Pandorabots platform can now work with an existing bot key combined with Rapport’s early access platform for real time animation, resulting in a more realistic embodied conversational AI chatbot.

“Seeing our character animated in real-time on the Pandorabots homepage really proves the scalability of Rapport. The team has done an awesome job with this integration and we are already building further integrations in the Rapport platform that will give Rapport and Pandorabots users access to more best in class technologies to build successful digital experiences,” said Gregor Hofer, Rapport CEO + CoFounder , of the partnership.

Attila Vass, Rapport’s VP of Engineering, spoke to the ease of integrating with the Pandorabots platform: “While the integration touched on several technologies, services, and cyber security initiatives, working together with Pandorabots was flawless, attesting to the excellence of both engineering and project management teams.”

"Working with Rapport's top notch development team was a true pleasure,” said Tina Coles, Pandorabots Technical Project Manager. “We could not be more excited for this integration because it unlocks major new capabilities for our developer community, and provides a turnkey solution to meet rising enterprise demand for embodied humanlike chatbots."

In anticipation of the partnership launch, we sat down with Lauren Kunze, CEO of Pandorabots, to learn more about the work Pandorabots is doing in the conversational AI space, why she chose to work with Rapport, and what is next in the world of chatbots.

What is Pandorabots' mission?

Our mission is to provide a platform that empowers anyone who wants to create conversational AI with the skills to do so. Creating a good chat bot is actually very hard, but we have a variety of tools that attempt to make it easier, including our Udemy course on our scripting language for building chatbots that over 24,000 students have completed. We’re trying to make it easy for anybody, and especially creatives, to be able to learn a scripting language, which is essentially an HTML equivalent for writing chatbots, in the same way that anybody who is really motivated can build a website.

How did you first get connected with Rapport, and what led you to work with us on this demo?

I first learned about Rapport and Speech Graphics Technology while looking for a partner to work on the showcase application of Pandorabots’ open domain conversational AI chatbot, Kuki. She is widely recognized as the best-in-class open domain conversational AI, winning many awards, but also building up a large consumer audience and fanbase, specifically on Roblox and TikTok. We have been working on Kuki internally for over a decade now, processing over 90 billion conversation logs from the bots hosted on our platform, and from human end users.

About two years ago, I realized technology was advancing to the point that building embodied AI with a voice and face would soon be possible. I learned of Rapport’s technology built on a huge amount of linguistics research, quietly powering facial animation in many AAA games. It was through our conversations around using Rapport technology to power Kuki where we learned that Rapport, much like Pandorabots, was also working on a large-scale, accessible platform for anyone to animate their avatars. It was a great fit for our Pandorabots audience, many of whom had a growing appetite for this type of a solution for their bots.

How do you envision developers in your community utilizing Rapport?

We as a platform are always interested in providing easy, turnkey ways for people to deploy their bots on different channels and integrate their bots with all sorts of applications. Pandorabots has been around for over a decade now, and we have long been subscribers to the idea of embodied conversational AI as the future of where this technology is headed.

What are you hoping to achieve with embodied conversational AI at Pandorabots?

There’s basically five things you need to make embodied AI. You need a face, a voice, a conversational AI brain, procedural animation, and some type of emotion recognition. Up until very recently, building that system was prohibitively complicated as each component represents a different, difficult AI problem. Rapport not only provides a piece of that puzzle with real time animation from audio alone, but also ties these pieces together for a complete picture. Combined with the AI brain at Pandorabots, this technology becomes accessible for any developer or enterprise user to deploy across their various properties online.

How do you see conversational AI being implemented by companies beyond chatbots and avatars?

We’re currently in conversation with a large enterprise client, specifically focused on diversity training, on providing a number of different characters to be able to walk a very large number of employees through a lot of Diversity and Inclusion material within the company. There are big opportunities for representation with characters that are easier to build and implement immediately. The Rapport and Pandorabots integration has this massive scale in being an online platform, that creating a lot of characters is an option for which we are already starting to see demand in enterprise use cases.

Circling back to Kuki, the conversational AI chatbot, virtual influencer, and most recently, digital fashion model. What’s next for a bot with no burnout?

If we do this right, nothing less than digital superstardom!

Experience the demo today by visiting Pandorabots. And make sure to join us Thursday, August 12 at 9 AM PDT for a fireside chat with Gregor and Lauren, discussing the partnership between Rapport and Pandorabots, the future of embodied AI, and more. Details and registration can be found here.